This Wrexham harpist has performed for many years and has a large, varied repertoire of classical, romantic, easy listening, film, show and traditional music.
Share Facebook Twitter
Recommended 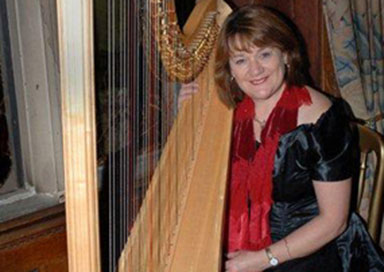 This Welsh harpist has performed for many years throughout Great Britain and Europe and has a large, varied repertoire of Classical, Romantic, Easy Listening, Film, Show and Tradtional Welsh, Scottish and Irish Folk Music.

She is proud to play her recently acquired Lyon and Healy Harp made in Chicago.

She has had a highly successful career as a free-lance harpist for the last 17 years playing many different venues all over Wales and the North West, and further afield. She is in great demand, particularly for Weddings and has built up a wealth of knowledge from her vast experience and a large and varied repertoire to suit any occasion.

She has performed for the rich and famous and has had several television appearances. She enjoys being part of the Famous Medieval Banquets at Ruthin Castle where she is a soloist and accompanies the choir and solo singers.
For the last four years she has visited many high schools as a Role Model employed by the Welsh Assembly Government promoting self employment to young people.

Being bilingual, she welcomes enquires in English or Welsh and considers bherself a people person and feels that she has the best job in the world, using her two main passions:- music and meeting people.

And many many more!