Looking for a Bolton Guitar Show? 'Guitar Legends' is a fantastic show covering some of the most exciting and well-known guitar riffs and songs in music history
Share Facebook Twitter
Recommended 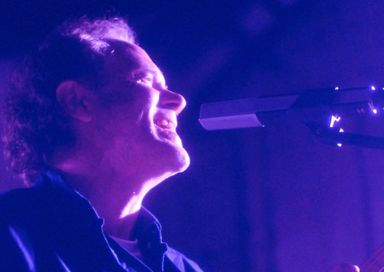 'Guitar Legends' is a fantastic show covering some of the most exciting and well-known guitar riffs and songs in the history of music. A hugely memorable experience and an opportunity to enjoy some of the world’s most iconic music.

This guitarist's first instrument was the violin which he begun to play at seven years of age. At ten he switched to the guitar much to his violin teacher’s displeasure.  The teacher ranted and raved about the guitar not being a proper instrument!

He had obviously not heard the great Andres Segovia (1893 – 1987) who, along with Jimi Hendrix, would become his greatest inspirations. At the age of fourteen he was lent an LP of Segovia playing Bach….it was a revelation! From that point on he never had any doubt in his mind what he wanted to do and began to practice at every available opportunity….(he still does!).

From fourteen onwards he also played electric guitar in bands and began to compose his own songs and pieces. He has played in many diverse situations: with Deep Purple, with the BBC Concert Orchestra, the BBC Philharmonic, the Royal Liverpool Philharmonic (with whom he performed one of his own guitar concertos), Luciano Pavarotti, Lesley Garrett, Russell Watson, Madeline Bell, Matt Monro, the BBC Northern Radio, Orchestra etc. etc.

He has played all over the world….recently he played 3 concerts on Queen Mary 2 between New York and Southampton….he has recorded to date 45 CDs…and is currently working on 4 more!

Robin is a lifelong dog lover and loves to walk his dogs in his leisure time, (Floyd and Pugwash). He also enjoys playing tennis (his father was a Wimbledon umpire and tennis coach). His wife, Anna, is a writer and they have two sons, Oliver 21 and Felix 16.