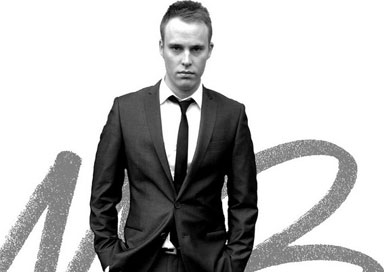 This young singer was one of the very first Michael Bublé tribute acts to hit the UK tribute scene back in October 2010. He was working as a Chef when he made his break into the music industry after being spotted while performing at an open air concert as a fill in act. A few weeks later he signed on the dotted line and was given a taste of the ”Big Band” Life. He was flown up to Glasgow along with a 16 piece Big Band and former Stranglers front man Paul Roberts to perform for the top management of BP.

Since then he has performed at some of the best venues in the country as well as Europe. Be it a Luxury Monacan penthouse dinner, a roof top terrace drinks reception, a wedding breakfast or a theatre show, you name it this guy truly delivers.

He possesses the true Bublé charm and has captured the true attitude and witty banter that Michael himself is so famous for. Be prepared for a night of fun, light hearted entertainment with the the magical sound of class and swag thrown into the mix.

From small intimate Lounge settings accompanied by a pianist or backing tracks, social events with a 6 piece band, right up to large private functions and open air festivals with a full 16 piece Big Band, Might Be Bublé has done them all!

This a multi talented artiste has a passion for music and the drive to match. His large repertoire of well known Bublé and Big Band Classics are sure to impress the biggest of fans. He recently had the privilege of fronting the Denmark Street Big Band at the Grace Club in Soho.