This talented country, pop and soul singer is based in Cambridge and accompanies herself on both guitar and piano - available for weddings, parties and events.
Share Facebook Twitter
Recommended 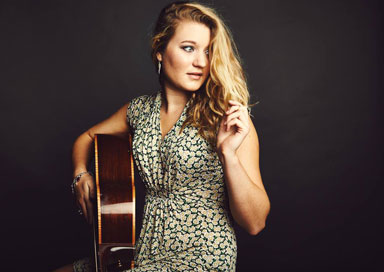 This talented country, pop and soul singer/songwriter is based in Cambridge and is available for all kinds of events. As well as performing in her own funk function band, she has also recorded her debut album in Nashville which was released in Spring 2015.

She has plenty of experience playing at functions, events and weddings, accompanying herself on guitar and piano with the option of backing tracks if required on a few songs. She adds her own country twist to every song and plays classic hits from the past 40 years. She has played at prestigious venues such as The Savoy and Grosvenor Hotel in London, as well as abroad in Switzerland and Nashville.

'Throw any song at her and she will perform it in her own way without loosing the original heart of the song. What a talented performer.'

'She is a very charismatic performer. She is a fantastic singer and a true professional'

After graduating from Southampton with a 1st in popular music performance she set about her dream, her Nashville dream.

Is Nashville the centre of the musical universe? Well, for her it is. A couple of years ago she was back-packing in the US as a penniless student and on a whim caught the greyhound to Nashville. What a place, music city it certainly is; full of incredible musicians. Whilst there she met Sol Philcox, a red-hot Nashville session guitarist and producer, an old school friend of her boyfriend’s. They recorded a few things in his home studio which set the seed for this record.

She returned home to finish her degree, working every bar, pub, hotel and office gig she could find, saving every penny for her Nashville fund. She was determined to get back there to record. Meanwhile the songs just flowed, and still do. She realised that she would never have enough money, but took the plunge and flew over the pond at the end of 2014.  It was a little scary but also inspiring; the start of an incredible adventure. She bunked on sofa’s for months, whilst grabbing downtime in studios, singing at open mic nights and begging favours from musicians to play on her tracks, they were all ‘totally awesome’. All of them made this record what it is, and she couldn’t thank them enough!

Available to book solo or as a duo