This fresh and vibrant ensemble brings new life to traditional and folk music of Spain and Latin America, predominantly "the Coplas" with 2 guitars and violin.
Share Facebook Twitter
Recommended 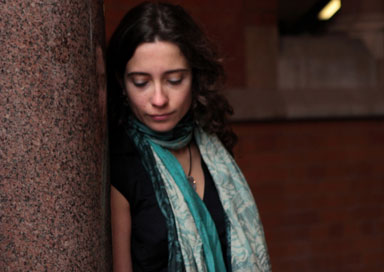 This fresh and vibrant ensemble brings new life to traditional and folk music of Spain and Latin America with 2 guitars and voilin. They try to present the music with honesty, hoping to capture the stories that are told in each song. Their repertoire has a long-standing value through more than fifty years. When they perform together, they try to live the narrative through the music, being as sincere and authentic as possible.
They believe that these songs carry universal aspects of the human being.

They focus particularly on a form of traditional Spanish music called Coplas. Outside of Spain this form of music is not known, but within Spain it carries a large significance. They reflect the passion and dreams of the Spanish people after the Spanish Civil War (1940s), during the dictatorship. When they rehearse and perform, they try to approach these ideals through their personal stance, which is used in the arranging process.

This guitarist can also be booked as a soloist and in other ensembles: