This experienced classical guitar & flute duo are based in Cork and are available for weddings and functions throughout the Southern Irish republic.
Share Google+ Facebook Twitter
Recommended 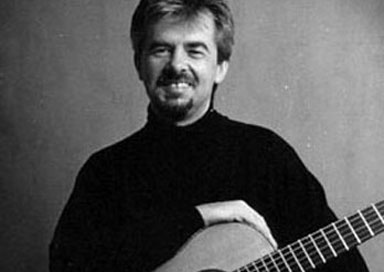 This classical guitar & flute duo are based in Cork and are available for weddings and functions. The guitarist was born in Cork and studied guitar from a young age. After graduating from University College, Cork, he studied with the famed German guitarist Siegfried Behrend in Germany - a Spanish Government Scholarship enabled him to study at the Andres Segovia Summer School in Santiago de Compostela and the Irish Arts Council grant-aided him to attend masterclasses given by world-famous virtuoso John Williams in Cordoba.

He is currently a lecturer in guitar studies at the Cork School of Music and participated in the Guitar Foundation of America International Convention and Competition in San Diego, California.

He is an experienced musician and has performed in Ireland, Germany and Spain, both as a soloist and a chamber musician. He has appeared with numerous orchestras and chamber ensembles and has his own Jazz Ensemble with which he performs at the Guinness Cork Jazz Festival. He has performed at the National Concert Hall, Universities, Festivals, including Dublin Guitar Week. He has also recorded a CD of music by Sanz, Pujol and Villa-Lobos.