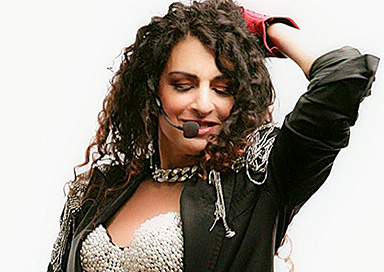 The Janet Jackson Tribute show is booked as a 1 x 60 minute show with options for an additional set of music from the same era. (80's/90's)

This is the Janet Jackson Tribute show with the most authentic sound, choreography and costumes that  will take you on a  journey through Janet Jackson's most iconic songs.

From 'What have You Done For Me Lately' and 'When I think of You', to 'Control' and 'Nasty' through to ' Rhythm Nation' and 'Together Again.'

Featuring original choreographies from Janet Jackson's breathtaking videos and live vocals this show will captivate you and  Ana's performance will create an atmosphere that is both irresistible and memorable. From the calibre of the dancers and the stunning accuracy of the vocals right through to each dance move, attention has been paid to insure this show honours and pays tribute to the legend that is Janet Jackson!

Ideal for Corporate, Weddings, Golf Clubs and any event where the client requires a high impact show that will get everyone up dancing!