This Manchester Oud Player is also a flamenco guitarist and can be hired to perform on both instruments for weddings, parties, concerts and special events.
Share Facebook Twitter
Recommended 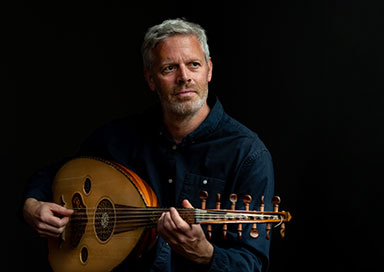 The Manchester Oud Player is a professional oud player and flamenco guitarist. He is a very experienced solo performer and has worked extensively in the European world music scene for over 20 years. He is also an in demand recording artist, producer and composer with recent work including Grammy nominated and Ivor Novello winning projects.

He plays a mixture of improvised material and traditional classical Arabic music, which is perfect for themed events, weddings, private parties and corporate events. His solo oud performances are spellbinding and offer everything from soothing taksim to the more familiar popular repertoire from ‘The Golden Era’ of Arabic music.

He is also a professional flamenco guitarist and can be hired to perform on both instruments if required: Manchester Flamenco Guitarist

“Absolutely brilliant - a really talented musician and was exactly what we hoped for!! Our guests were also all really complimentary about Gary and his talent - just perfect! ”

“A belated but big 'thank you' for a wonderful session on the 20th June. Your guitar playing was outstanding, and the sound that you created with the Oud was remarkable. Fantastic all round. I hope we have occasion to book you again. You are a truly talented musician and we are honoured that you could perform at our celebration. ”

“He was superb on the day, it was everything we expected and more - many people made comments saying how good he was - I totally agree. The day was a great success. If I were planning a function I would choose him again. I would be grateful if you would pass these comments on to him. Also thank you for your assistance in this, it helped the day go smoothly” ”

“He was absolutely brilliant and did a fantastic job. He's so talented. He even did longer than he should have so it was very good of him! ”