This act plays Bollywood music on piano and has been working, living and breathing music over 35 years enjoys playing at weddings alongside his concert career.
Share Facebook Twitter
Recommended 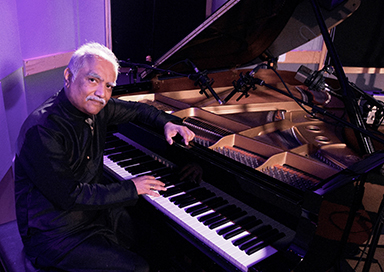 This pianist specialises in Bollywood music and is also a composer, producer and keyboard player based in London. He has been working, living and breathing music over 35 years and runs his own recording studio.

He enjoys playing at weddings and events alongside his busy concert schedule.

In 2008 he collaborate and co-composed Indian song with American RnB superstar Ginuwine and fused Indian music with Rnb. This track- name ‘Baby’ was No.2 on BBC Indie chart and no.7 on RnB chart in the first week of release and was nominated as a ‘Best Urban Act’ in UK ASIAN AWARDS 2009