This close-up magician is also a fantastic children's entertainer and has worked at many of the county's top venues with his stunning comedy magic.
Share Facebook Twitter
Recommended 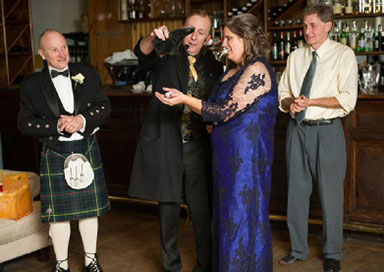 This Close up Magician is also a fantastic Children's Entertainer who has worked at many of the county's top venues with his stunning comedy magic and captivates his audiences wherever he goes.

If you are looking to make your birthday party, wedding or event into something to be remembered then book this act!

He can be booked as a chidren's entertainer or close-up magician or both at the same event.

His close-up magic will amaze your guests with his sleight of hand using everyday objects, coins, cards, even wedding rings. He can also bring a PA system and end the booking with a show.

As a children's entertainer he can make balloons and do tricks for the kids or again, he can offer a show that will wow the whole family!

“It's simple: He was great. I only received positive feedback from guests. The whole process was easy. ”