This 4-piece function band are available for weddings and events with their unique take on Indie classics across the South of England and perform across the UK.
Share Facebook Twitter
Recommended 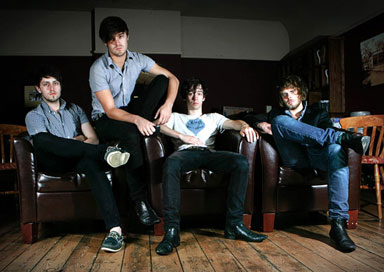 Leon are widely regarded as one of the best modern cover bands performing in the UK. Their live show will get your party jumping and give you a night of incredible live music to remember!

They are an authentic indie rock band and are the perfect choice if you love bands like The Killers, Kings Of Leon, Kaiser Chiefs, Arctic Monkeys, Kooks, Blur etc. If you are looking for something different to the average wedding band or want to bring a touch of cool to your event, these guys are the band for you.

As standard they provide:

3 of the 4 band members sing and the instruments are guitar, lead guitar, bass and drums.

and many happy private bookers!

“we had an absolutely brilliant day and the guys in the band didn't disappoint! They were absolutely brilliant and got everyone dancing from early on, we have had loads of comments asking who they are and I think we may well see them again at another friends wedding... We couldn't have asked for more. They were a great band and nice blokes and we really wish them well in the future, they really helped to make our day so thanks again.”Wedding, De Vere New Place“On behalf of Petersfield Events, a HUGE thank you for recommending the band to us for our festival – they were absolutely amazing!! From the outset they had the whole crowd jumping about and dancing to tunes that we’re all used to hearing on the radio all the time. A lot of people said that if they closed their eyes and listened it was just like having their favourite band actually on stage – so accurate was their performance. And when they opened their eyes it even looked like it too - as the band looked so cool! ”

They are self contained with PA, stage lighting and pre-recorded music between sets and also always go out with their own sound engineer.