Currently living in Co. Meath, this classical guitarist has been listening to classical and Spanish guitar since the age of 4 - available for all events.
Share Facebook Twitter
Recommended 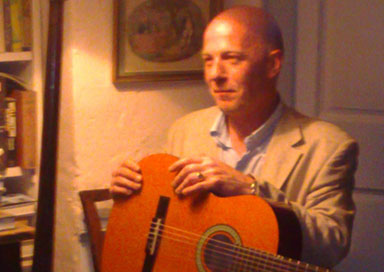 Currently living in Co. Meath, Ireland, this classical guitarist has been listening to classical and Spanish guitar since the age of 4. From starting to study guitar at the age of 11 from his father, he has been on a journey through the music of this unique instrument.

He studied at The Royal School of Music in Dublin and is an experienced player who enjoys playing for weddings, functions and concerts all over Ireland.

He has released numerous albums and CDs, composed for Film, performed abroad in England, Spain, Germany and New York and appeared countless times on Television and Radio.

“The guitarist was fab! Everything that we hoped for. Professional and a real gentleman. 5 stars. ”