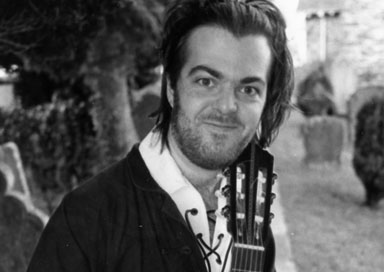 This classical wedding guitarist is available for weddings and functions throughout Wales and the West country.

Dedicated to providing the finest music tailored to your special day, played to the highest standards available.

He has been playing in public for 20 years and in 2006 he passed a performance diploma taken at the Royal College of Music in London.

In 2010 he presented in person a CD of his Music to Prince Charles.

Recent bookings include venues such as The Celtic Manor (Newport), Portmeirion and Llangoed Hall (Powys).

“All went well thank you. The guitarist was punctual, smartly attired and played beautifully. Many thanks ”

“Just got back to Beijing. Yes, the wedding event went very well and his guitar performance added a huge brightness to the evening and we were very pleased with his music. Certainly we will get in touch with you again for our next celebration event when the time comes up! All the best ”

“The wedding was a great success. He was smartly dressed and punctual and played very well. A number of our guests commented on the quality of his playing and how much they enjoyed listening to him. Many thanks ”

“He was a great musician and lovely guy. Happy all round ”

“He was brilliant – he was on time, played very well and even got a hug from my auntie when he was leaving. Would 100% recommend him! ”

“Please pass on my thanks - he was punctual, professional and a very talented performer. He was also courteous to me, my wife and our guests. ”