This Kent wedding guitarist draws on his experience of many musical styles to help you find the perfect music for each stage of your wedding day.
Share Facebook Twitter
Recommended 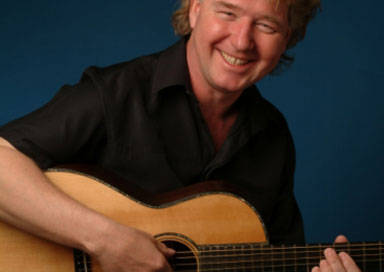 This classical guitarist began playing on a ukulele at the age of nine, and first performed with acoustic guitar (folk group) aged twelve and from his mid-teens focussed on the electric guitar. He worked semi-professionally in the Midlands and the North for twelve years in various bands (styles included Rock, Pop, Blues, Reggae and Soul).

He moved to Kent in 1987 and began formal study of the classical guitar, becoming a full time musician and music teacher in 1993, while working with jazz-fusion band "No Reply".

As a classical guitarist he has performed for Arts festivals in Canterbury, Dover and Hythe and currently plays for weddings, dinners, corporate and open-air events and appeared on Meridian TV's 'Alfresco' programme in 1998 performing own composition "Nocturne"

Classical
Many different styles of music can be performed on the classical guitar and although his masters degree was based on a study of the music of Spain, his general repertoire spans five centuries and includes music from many other parts of the globe including Italy and South America. A programme of classical pieces can be chosen to create just the right ambience for each stage of your special day.

Electric
As your day progesses and thoughts turn toward the evening festivities, music played on the electric guitar with backing tracks can sometimes help to lighten the mood and get feet tapping in readiness for the dancing to follow! A lifetime of guitar playing has given him a large repertoire of music for the electric guitar including many of the time honoured 'standards'.
From the 'twang' music of the 50's and 60's (The Ventures, The Shadows, Duane Eddy) through to 70's rock/blues tunes from the likes of Carlos Santana, Mark Knoffler and Gary Moore and well known TV theme tunes like 'Jessica' (Top Gear), this option can inject a bit of modern 'colour' and fun to the proceedings...