If you are looking for Zaffa performers in London then book this UK Zaffa group. They can offer traditional Lebanese Zaffas and Syrian Zaffas.
Share Facebook Twitter
Recommended 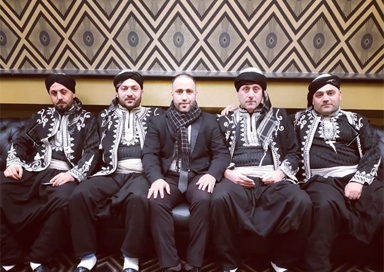 If you are looking for Zaffa performers in London then this UK Zaffa group is available for all kinds of events from weddings and parties to Arabic themed events.

Folklore Performance
The group specialise in offering authentic Zaffa & Dabka performances from different cultures in the Arab world, including Syria, Lebanon, Jordan, Iraq and Palestine.
They also perform the famous sword show, where team members twirl their swords in the air before engaging in ceremonial swordplay.

Syrian Arada
This group can also bring to you the Damascene Arada, a traditional Syrian folk dance and an ancient ritual that is kept alive in the neighbourhoods of the Old City of Damascus. It is widely performed during family ceremonies,weddings, Restaurants & Cafes launching.

The performance is exciting with a leading powerful voice, calling out in a song- and response routine while the rest of the band are singing, clapping, and playing the tabla, or Arabic hand drum, in rhythm,

We also cater bespoke Arada performance in the English language.