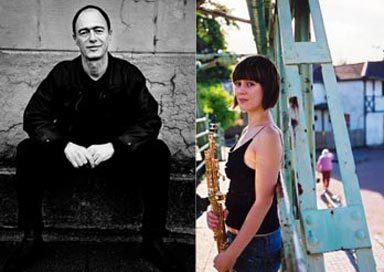 Musician 1
He was born in São Paulo in 1952, and begun his professional career in 1970. During the '70s he undertook periods of extensive study, both at the São Paulo school of music and whilst performing with artists from Brazil's northeast region. In 1978 he moved to Rio and spent 12 years performing and recording with some of his country's top musicians and composers such as Naná Vasconcelos, Toninho Horta, João Donato, Sivuca, Dominguinhos, Fagner, Jaques Morelenbaum, amongst many others. Moving to london in 1992 He soon became involved in that city's latin & jazz scene, working with the likes of Mônica Vasconcelos, Steve Lodder, John Parricelli, Paul Clarvis, Bosco De Oliveira, She Laubrock. He is an original member of the bands Noís and Noís 4, with whom he has opened London shows for artists such as Gilberto Gil and Joyce, and recorded with Guinga. he's debut album pays tribute to Brazil's most revered contemporary artist, composer and poet, Chico Buarque. The selection of songs covers both Chico's original material, which includes some of the finest examples of Brazilian songwriting, (Chão De Esmeraldas, Para Todos, Embarcação etc), juxtaposed with others which may have influenced his own creative output (Lá Vem A Baiana, Palpite Infeliz etc). Produced by chris wells, the album was recorded during the summer of 2005 and features the beautiful guitar playing of one of Britain's finest musicians, John Parricelli, as well as special guest Walmir Gil on trumpet and flügel horn.

She left Germany for London in 1989 where she took up the alto saxophone with ex-Jazz Messenger Jean Toussain. In 1993 she met singer Monica Vasconcelos and the other, both from Sao Paulo in Brazil.

She is one of the founder member of Brazilian quartet NÓIS4 and also long-time member of Monica Vasconcelos' 9-piece band NÓIS. NÓIS4 has been support act for Joyce, Gilberto Gil, Brian Ferry and Airto Moreira / Flora Purim. In the summers of 1998 and 1999, she studied with renowned saxophonist and educator David Liebman in the USA. She was nominated as "Rising Star of the Year" in the BT Jazz Awards for 1999.Also in 1999 She completed the postgraduate jazz course at the Guildhall School Of Music & Drama.