Are you looking for a London throwback party band? This band are fresh with the old Skool and always bring the party. Expect anthems from late 90s to early 00s!
Share Facebook Twitter
Recommended 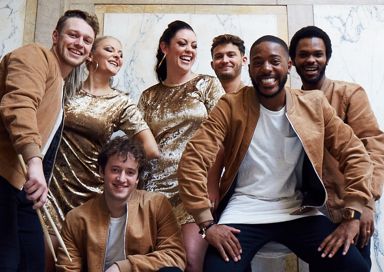 This London throwback party band are fresh with the old Skool and always bring the party. Expect to hear all of the old skool RnB, UKG, Dance and Hip Hop anthems from late 90s to early 00s. This highly in demand band performs on stages across the world and always delivers a show to leave your guests begging for more.

Hollaback musicians have performed on international stages in Paris, Monaco, Lebanon, Tunisia, Morocco and Los Angeles. They have performed at world class events in UK venues such Wembley Arena and The 02.

If you are looking for a high-class, fresh, unique, superior band for your event this London throwback party band are the ones to call.

“Thanks for putting on such a high energy show, our guests were really impressed ”

“Wow, wow and wow again, all my favourite songs performed by a band, these guys are the real deal. They really aren’t like a normal cheesy covers band, some of the songs were sung better than the originals ”

“I have never seen a band with this much energy on stage, everyone was dancing from start to finish! ”