This Kent based guitarist is an experienced, professional performer and composer whose recordings have been broadcast on the BBC, Channel 4 and internationally.
Share Facebook Twitter
Recommended 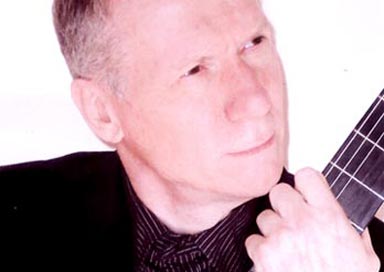 This Kent-based guitarist is an experienced, professional performer and composer whose recordings have been broadcast on the BBC, Channel 4 and internationally. He has studied in England and Spain with many of the world's leading players including John Williams and Paco Pena.

His performances have included numerous wedding breakfasts and ceremonies at such prestigious venues as Brighton Pavilion and Eltham Palace. He has also provided background music for leading companies and organisations, from Audi to the British Antarctic Survey at venues ranging from Henley Regatta to The Royal College of Arts - his professionalism and reliability often leading to further word-of-mouth bookings.

His concert performances include solo guitar recitals and playing in ensembles from jazz and classical duos up to big bands and orchestras. He has also written and performed music for theatre productions including tours and festivals.

He enjoys composing and arranging and his pieces are frequently broadcasted internationally.

“Perfect music for the occasion - all our guests commented on how much they enjoyed it. ”

“Really enjoyed the playing - a couple of people from our team are keen amateur guitarists and they were raving about you! Thanks. ”

“Thanks for making our wedding even more special ”