Thinking of putting on a murder mystery dinner? This group of actors have been actively involved in the Murder Dinners for many years and offer a range of shows
Share Facebook Twitter
Recommended 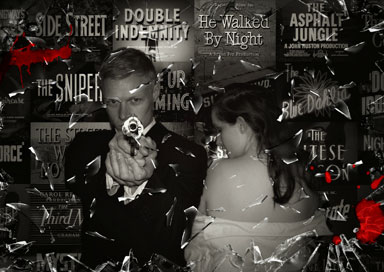 Thinking of putting on a murder mystery dinner? This group of actors have been actively involved in the “Business of Murder” for many years. Members of the team were only the second ever to present a murder mystery and have since gained a reputation for their amusing and original story lines. The story's are set in the roaring 20's stylish 1930’s, wartime 1940's or the fabulous 50's.

They have been on two prime time programmes for ITV Television and featured on BBC's film night TV programme when they performed the very first murder mystery in a cinema!

Their actors have performed for numerous blue chip corporate clients at many of the most famous hotels chains as well as performing in castles, country manor hotels and more unusual venues including a battleship a grand pier and on board the world famous Orient Express.

“This was the best Murder Mystery ever!” Jack Whitehall

Read our blog post about the episode and watch a video from the show:

Jack Whitehall and his Father do a Murder Mystery

“This group bring energy, professionalism and high levels of drama together for their superb Murder Mystery Dinners. Elaborate costumes, cunning plot twists and regular hilarity (plus the occasional murder!) come together to create a fantastic evening of fun that appeals to anyone – think real life Cluedo where the characters are sat next to you. The company is a delight to work with and never fail to deliver to provide a night to remember! ”