This Latin guitarist has years and years of experience of playing guitar. Making his playing an excellent addition to any concert, wedding, party or function.
Share Facebook Twitter
Recommended 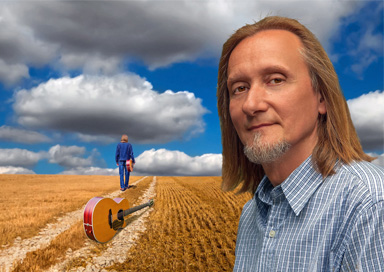 Born in a university town Novi Sad, Serbia, Yugoslavia, and entirely self-taught, Brandon began playing guitar at the age of 15 and very soon found a love of jazz and Brazilian music, influenced by Joe Pass, Charlie Parker and Antonio Carlos Jobim. Soon, Branco was being featured at a number of jazz venues and festivals in his home country and appeared at the largest festival "The Days of Jazz in Novi Sad".

At 18 he prolifically starts composing sensual music of great beauty with Sunny dispositions and gathers 100’s of tunes till the present. He is largely inspired by the Sun, and influenced by Jazz, Traditional Folk music of Yugoslavia, World, Brazilian and classical music. The interest in these compositions led to recordings for radio and TV Novi Sad. Following this Branco formed his "Sad Nova Trio" whose success led to numerous concerts and broadcasts on TV.

As an avid follower of the Sherlock Holmes series (actor Jeremy Brett and his amazing English), he began to hanker after a different life and wider musical opportunities. In the early nineties he set off to England with little more than his guitar and has since become a fixture on the London and UK music scene, actively composing and performing solo, in various duos and with his new trio featuring Leslee Booth on 6 string contra bass and Buster Birch on percussion. Brandon composes and plays sensual music of great beauty, coloured by many world influences.

Brandon has also appeared on Sky TV "Arts World", BBC Radio 3's "In Tune", “World In London” by DJ Ritu and is regularly featured and a favourite on Sarah Ward's show on Jazz FM.

Brandon plays his original music and his arrangements of trad folk at festivals, jazz clubs and solo recitals concerts. For wedding/corporate and similar events he plays original music and some carefully chosen Jazz/Latin standards and even some classic popular music, tunes such as:

TRAD FOLK of Serbia/ex Yugoslavia: ballads and love songs; “My Heart Aches, Your Heart Aches” trad,  “Where Are You My Precious” B.Radicevic/D.Jenko, “Anica, The Young Shepherdess” trad… “Once I Was Loved by a Woman from Vranje” D.Tokovic, and lively "Kolo" by V.P. Carevac.