This Somerset based accordionist has years of experience and plays in a variety of styles from French to Italian making him suitable for any function or event!
Share Facebook Twitter
Recommended 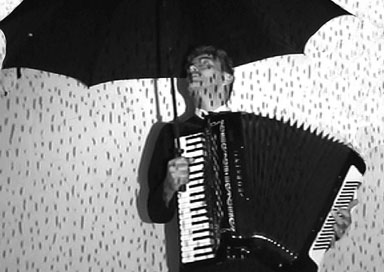 This accordionist from Somerset has played accordion for many years, enjoying a wide range of music that he can tailor for your special event. He has a wealth of beautiful melodies including waltzes, tangos, klezmer, music from France, Eastern Europe, traditional tunes as well as much-loved pieces like Under Paris Skies and the theme from Amelie.

The Bath Accordionist has performed centre stage in venues that include St George’s, Bristol, The Lantern at the Colston Hall, The Canteen, Bristol Old Vic, Shambala and Glastonbury Festivals.

His accordion has also provided a rich atmospheric backdrop for many events, from theatre shows, to the 20th anniversary celebration of the luxurious Hotel Tresanton in St Mawes and the wedding of Glastonbury’s Green Mayor’s daughter.

This Accordionist in Somerset has performed and recorded with The Heavy, Besh O Drom and Rory Mcleod. Richard is a very versatile musician, and as well as performing solo he appears in various ensembles, including playing tuba with a brass quintet. Richard also leads participatory music events and is currently studying for an MA in Composition at Bath Spa University. If you would like to discuss your event or ask any questions, please contact Find a Performer and they will answer any questions you may have.