This magician leaves his spectators in awe and amazement as they witness minor miracles in front of their very eyes. Ideal for weddings, parties and events.
Share Facebook Twitter
Recommended 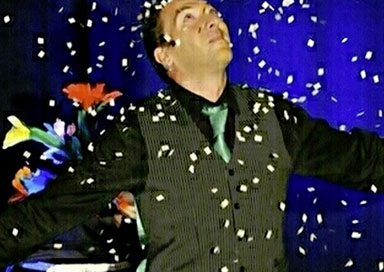 Magic so close, that you will not believe your eyes!
Many of his spectators are left in awe and amazement as they will have witnessed minor miracles, right in front of their very eyes.

This act also offers Children's Entertainment and can offer this in the same booking.

Close-Up Magic really has to be seen to be appreciated, it is an art form that is performed to perfection, with no room for error, as he will often borrow spectators belongings and make them vanish, and re-appear of course!

His sense of humour coupled with his wealth of experience make for an altogether memorable experience, proving that not only is he a great magician, but an amazing entertainer.

He has been performing from the age of 5, after his first ever magic show in a Hotel Playroom in Bournemouth.

Now a full time entertainer with a very unique and endearing style his family show uses a mix of comedy magic & some very baffling illusions, and also original ventriloquist routines using members of the audience and some of his very special puppet guests, audiences young and old all agree that he will leave you feeling amazed & spellbound.
He is the proud winner of many titles including being the current International Comedy act of the year 2010/11, for the international Brotherhood of Magicians, which he also won in 2005, he is also the current holder of British Isles family entertainer of the year, and the W.A.M  Stage Magician & close up magician of the year 2008 and this is just to name a few.
He has performed his magic all over the world, at private & corporate events  and performed at many prestigous locations and events including top London Hotels Claridges and the Grovenor House, The London Comedy Store, the world famous Magic Circle, twice at the Royal Albert Hall, & 6 times at the world largest magic convention.
He is also a magical inventor and has lectured his performances to magicians at many locations across Europe and also in the USA, he also has 3 Magical DVDs, which are sold worldwide.

Put your mind at rest:

You can also hire this act as a Children's Entertainer: