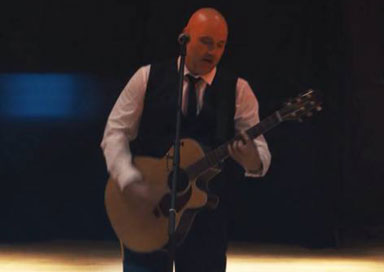 This Sussex guitarist can provide background classical guitar music during your meal followed by upbeat guitar and vocals for your evening event.

This professional guitarist's career has spanned over 30 years and has experience of performing in almost every situation. He has performed at 100's of weddings, parties, corporate events and special occasions throughout the South East at venues including The Savoy, The Hilton Park Lane, The Dorchester and The Royal Lancaster.

He has also performed at corporate events in various European locations as well as regularly supported some of the top names from the world of TV and Music.

As a musician, singer, songwriter and guitarist, he has also recorded numerous vocal tracks for the BBC and had the honour of being the recipient of many awards for guitar awarded to me by the Trinity College of Music. His knowledge of the latest music technology has given him the experience of music programming and he utilizes these skills in writing/arranging backing tracks to give his sets an amazing "full band sound"

A personal Highlight was when he was asked to play with the legendary American performer Chuck Berry.

“He was totally professional and well received by all those at the event easy to book. ”

This act can provide his own PA and lighting rig