A long term fan of Sinatra, this singer has mastered "The Voice" and performed countrywide as Frank Sinatra and across Europe and as far reaching as Dubai.
Share Facebook Twitter
Recommended 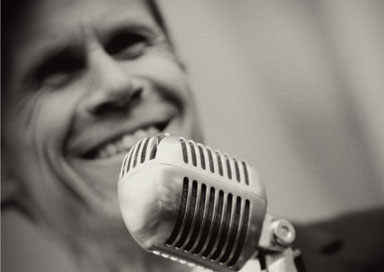 A long term fan of Sinatra, this singer has mastered "The Voice" and performed countrywide as Frank Sinatra including venues such as Chelsea and Hampton Court Flower show, across Europe and as far reaching as Dubai. Regarded as the true Sinatra impersonator, he bears more that a passing resemblance to the great man himself.

An untrained singer with a natural gift for mimicry of sound and harmony he has been singing all his life.

Having originally chosen a corporate career path he kept his passion for music alive with various projects from fronting live bands, songwriting and studio session work with well know artists. Faced with a career crossroads the time was right and he took the decision to channel all his efforts in to the music.

Since launching the act in 2002 he has performed throughout the UK, Europe and Dubai however he is lucky to be able to work predominately in the South of England close to home with trips further a field reserved for interesting assignments and of course ‘offers he can’t refuse!’.

He has recorded his first album recreating the ’Live in Paris’ line up Frank took across to world capitals in 1962. The album features some of the UK’s top session jazz musicians and marks a new phase in his career taking his own brand of the ‘Sinatra sound’ in to the Jazz club circuit and theatres.

“Mr Sinatra is really remarkable; so totally professional and polished. That wonderful, smooth voice - great ability to 'play' with the tones, plus easy body movements so like 'ol blue eyes', and much more - so appreciated by our guests and venue owner. He is also a very likeable person. Can't thank him enough for bringing musical memories and greater enjoyment to our event. ”

“Yes all went well, the feedback we have received has been fantastic from the guests that came along and from the staff who worked it too. ”

“We would like to send a big thank you for such great entertainment at my son's wedding. You were fantastic and we have had so many comments on your great performance. The disco in the evening was perfect and you got most people up which was some feat! We are going to try and see again when we can focus 100% on you! The wedding day went so fast and I know we missed a lot, everyone has commented on a great day and thank you for being part of it. PS. you got my husband's Italian Aunt up to sing and that made her day, in fact I think she now wants to do duets with you !! ”

“Thanks very much for your note. We're glad you guys had a good time performing at our event, and are pleased to know you were well taken care of. ”

“Thank you so much for Saturday. As we expected you really set the evening off. Everybody thoroughly enjoyed it. It was seeing the broad smile on my wife Lynn?s face as she joined in with a chorus of New York New York that I realised that she knew all the hard work over the past year had paid off. ”

“Many thanks. It was great night and I didn't really get a chance to thank you or Frank or the DJ, so could I please ask you to pass on my thanks to them both for a great evening which I think was enjoyed by all. Thanks again and I look forward to hopefully working with you again in the future. ”

“Just wanted to say a huge thank you for the fantastic performance at our wedding at Cain Manor on the 1st October. It really was amazing and contributed hugely to a fantastic day. We had so many great comments about you from our guests. Just about recovered from the night now! ”

“A specific highlight was Frank who we have been requested to bring back another time, apparently many people were keen to book him for private functions too. Many thanks for all your help and support with the event, I look forward to working with you again ”

“Just to say that both acts were fantastic. Without exception our guests thought that Paul was the best Sinatra singer ever and the magician had everyone amazed with his magic. Both helped to make a fantastic party enjoyed by all. Thanks for your help in organising. ”