This act has appeared as a backing musician with hundreds of acts including Burt Bacharach, Neil Sedaka and Shirley Bassey. All events considered.
Share Facebook Twitter
Recommended 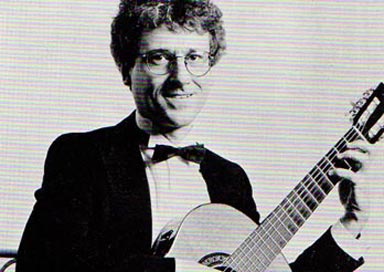 This artist worked as a professional guitarist throughout the eighties and nineties and appeared as a backing musician with hundreds of acts including Burt Bacharach, Neil Sedaka and Shirley Bassey. He was resident guitarist in bands on the QE2, at the Sporting Club de Monaco and at the Park Lane Hilton. He then concentrated on the classical guitar becoming a highly successful solo performer throughout the West End of London and the South East. This culminated in an eighteen-month season as a solo classical guitarist on the Voyager of the Seas for Royal Caribbean Cruise Line. At the time, this was the largest ship in the world. He presented "Popular Guitar Melodies" as the pre-show entertainment and performed in the exclusive "Champagne Bar."

He then entered the teaching profession but is still available to play the classical guitar for quiet functions, weddings and parties. Besides the standard classical repertoire he can play, upon request, hundreds of standard songs from the great American Songbook: instrumental guitar versions of the work of the great crooners such as Tony Bennett and Sinatra.