This London harpist is equally at home as an orchestral and chamber musician, as well as being a solo performer who enjoys playing for weddings and events
Share Facebook Twitter
Recommended 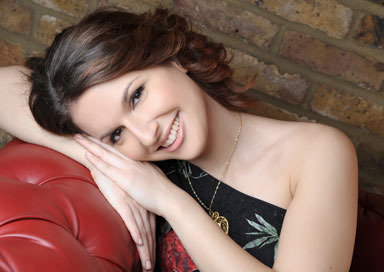 Equally at home as both an orchestral and chamber musician, as well as being a solo performer, Erica’s London debut at the Wigmore Hall with her trio was well received, she’s also played with her trio at King’s Place and other venues in UK and abroad (Italy and Spain). In 2011 Eerica performed Mozart’s flute and harp concerto with the London Sound Ensemble, Aylesbury Festival, and a few month later Debussy’s Danses Sacrée et Profane with Guilford Symphony Orchestra. Erica is an active performer of contemporary music; collaborations with composers are frequent and she premiered several new pieces, some of them recorded for BBC Persian throughout 2010/11. In May 2011 she went to Israel, where she gave concerts in Tel Aviv and Jerusalem for a London- Jerusalem project, with British Council and AIA funding.

Last year she opened the chamber music series at the Endellion Festival in Cornwall with the Handel Harp Concerto and she is regularly giving solo recitals at the National Portraits Gallery and the Handel House. Erica’s keenest interest lies with opera. Some highlights of her performing career to date include being principal harp in the orchestra of the Co-Opera Company, Opera de Baugé and Stanley Hall Opera. Last October Erica took part in the premiere of Ed Huges' Opera When the Flame Dies, performed and recorded at the Canterbury Music Festival with the New Music Players; last summer she has played as a regular deputy with the touring show South Pacific. She is also principal in the Orion Symphony Orchestra (with which she played at the Barbican and RFH amongst other venues) and guest harpist in Orquestra Sinfonica do Porto in Portugal and in the Norwegian Wind Ensemble. Erica has performed with ESO, Brandenburg Sinfonia, Southern Sinfonia, Southbank Sinfonia, participated in workshops with the BBC SO and the Philharmonia.

Her session credits include recording at Abbey Road for Rick Wakeman's CD Journey to the centre of the earth, just realised. Erica is the Co-Artistic Director and performer of the “Well Tuned” Music Residency project, “Your time for flute and harp”, which brings music in wards at the Queen Elizabeth Hospital in Woolwich and the Queen Mary in Sidcup. Erica studied at Trinity College of Music, London, towards her Master of Music, learning modern and baroque harp. Beforehand she achieved a post-graduate Harp Diploma at the well known Accademia di Santa Cecilia in Rome and her BMus in her own town in Italy. Amongst her harp training Erica also achieved BA and MA degrees in Philosophy.

Written for Solo Harp and other Instruments

“Thank you so much for playing so beautifully on Saturday and for liaising with Hannah re The Swan! Several people commented on the lovely harp music which was truly wonderful! I will, of course, be able to highly recommend you and pass on your details to friends and colleagues who my request them in the future ”

“Nicola and I are now back at work after a lovely honeymoon and are struggling to believe that the 17th August actually happened and went as well as it did! We wanted to write you an email to offer our most heartfelt gratitude for playing at our wedding. Many of the guests have fed back to us that your playing was absolutely beautiful and really helped create the perfect atmosphere during our ceremony and drinks reception. Your duet with Emma for Ave Maria was just incredible and the selection of pieces during the drinks reception was exactly what we wanted. ”