This classical soprano has been singing professionally for over twenty years and has accumulated a wealth of experience singing at wedding ceremonies.
Share Google+ Facebook Twitter
Recommended 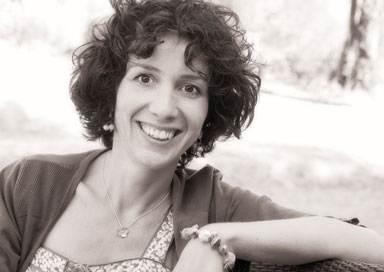 A classical soprano soloist, Sarah has been singing professionally for over twenty years and has accumulated a wealth of experience singing at wedding ceremonies, wedding receptions and both corporate and private parties.

With a repertoire covering classical, jazz and musical theatre, Sarah has a wide range of material to help make an event special.

Performing is certainly in the blood. Her great grandparents, grandparents and parents were all stage performers and musicians and Sarah Howells knew she wanted to follow in their footsteps.

Following her dream, she met Ian Adam, the vocal coach who trained many famous names in musical theatre, including Sarah Brightman and Michael Crawford. Ian nurtured Sarah Howells' voice and launched her into her first leading role as Jenny Lind, the Swedish Nightingale in Barnum in which she toured the country, performing in all the major UK theatres.

As her voice developed, it was obvious that she was headed in a more classical direction and she went to live in Rome, the home of opera. After auditioning for the world famous soprano Antonietta Stella, she trained privately with Antonietta for over five years, travelling to and fro between Italy and the UK, singing in opera choruses to support her studies.

She later moved permanently to Umbria, Italy where she met her future husband, international jazz pianist and composer, Marco. She spent the next ten years giving concert performances of opera and musical theatre as well as performing at weddings, singing classical in the church or for civil ceremonies and jazz in the evenings for the reception.

Now permanently based in the UK, she continues to work as a wedding singer and is also a soloist for the Radcliffe Singers choir in Hitchin, Herts.

In recognition of her work, she was recently awarded Wedding Vocalist of the Year.