The Lutenist has broadcast for BBC Radio 3, BBC 1, BBC News 24, France Musique and RTE Lyric and is a regular performer at Shakespeare’s Globe Theatre in London
Share Facebook Twitter
Recommended 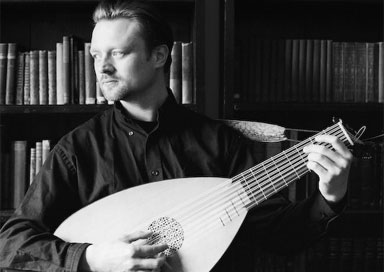 He has performed and recorded with many leading ensembles and soloists including Fretwork, I Fagiolini, The Parley of Instruments, the Scottish, English and Irish Chamber Orchestras, Northern Sinfonia, The Dunedin Consort, The Musicians’ of the Globe, The King’s Consort, The Hanover Band, English National Opera, Welsh National Opera, Opera North, The Scottish Ensemble, Ex Cathedra, Alison Balsom, Dame Emma Kirkby and Damon Albarn.

He has broadcast for BBC Radio 3, BBC 1, BBC News 24, France Musique and RTE Lyric and has appeared in several plays at Shakespeare’s Globe Theatre and is a visiting lecturer at The Royal Conservatoire of Scotland and Aberdeen University.

"A superb player" The Independent

“Hurst festival met recently and reviewed how it all went this year. A total of 85 events meant that we involved the largest number of people ever and a huge variety of participants. We are so grateful to you for your part in this and hope that you enjoyed being with us. Your performance at The Rectory was extremely well received and I think you brought much more than just the music to the evening.....Thank you. We hope you enjoyed being a part of this year's Hurst Festival. ”