This acoustic guitarist and composer dedicates much of his time to the tuning DADGAD playing acoustic, Celtic & classical guitar music for all types of events.
Share Facebook Twitter
Recommended 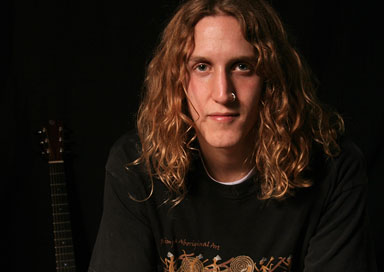 This acoustic guitarist is a Brighton-based guitarist and composer. Dedicating much of his time to the tuning DADGAD, he exploits the instrument's many facets to create eclectic modern lullabies for the steel strung acoustic guitar, using new dynamics and approaches in his pieces.

With strong influences from the sounds of jazz, classical and folk music, his compositions are reminiscent of many different styles. Each piece provokes feelings that are very vivid, the music capable of being both gentle and harmonically intense. His use of counterpoint allows a rich tapestry of ideas to develop from a single guitar.

"A brilliantly talented young artist, with a broad palette of styles mixed seamlessly together on this album. Mixing influences to create something quite new in this set of instrumentals, he has created a very deep and engaging piece of work. anyone with an appreciation for the fusion of ideas should love" Sam Wise, Acoustic Magazine

"Very rarely is technical wizardry on an instrument used to say something that otherwise could not be said. He manages that and it's a pleasure to hear. One man, an acoustic and (apparently) four hundred thousand fingers." Giles Duffy, Rocks Magazine

".... is prodigiously talented and able to create musical landscapes that are abstract, yet always energetic." Patrick Regains, Minor Seventh

"He's an exceptional player, and it's very difficult to find a genre that accurately describes his style of playing. His style combines elements of jazz, folk, classical and gipsy, all delivered without the slightest whiff of the stuffiness that can come with some of those genres." Phil Jackson, BBC Southern Counties