This superb London based Oud player is available for concerts bookings and wedding ceremonies only and also works as part of flamenco group.
Share Google+ Facebook Twitter
Recommended 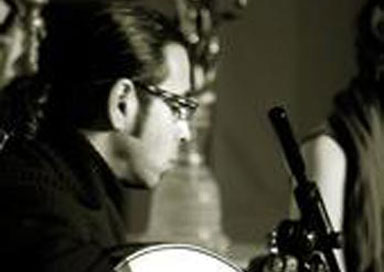 This musician studied the Oud with Iraqi soloist Ahmed Mukhtar in London and studied at the Arab Oud House in Cairo with Iraqi virtuoso Naseer Shamma and Egyptian soloist Nihad El-Sayed. He is also a percussionist specialising in Middle Eastern and Spanish percussion and plays a bit of flamenco guitar and keyboards.

His main interest musically is flamenco and middle eastern classical but he also performs within other traditions and has fused the Oud with many genres including Jazz, Classical Western, Electronica and various world music traditions and his compositions reflect this.

He has a BA Hons in Business Management, a Diploma in Sound Engineering and has just finished studying for a Master's degree in Music Performance at SOAS, University of London, specializing in Middle Eastern music performance. He graduated in Sept 2006 with a Distinction. As well as freelance and solo performance, he plays with Joelle Barker with whom he performs classical Arabic music and his own compositions, and Flamenco fusion bands.