This Sheffield guitarist is available for all types of events across the North of England and performs a wide range of classical, popular and early music.
Share Facebook Twitter
Recommended 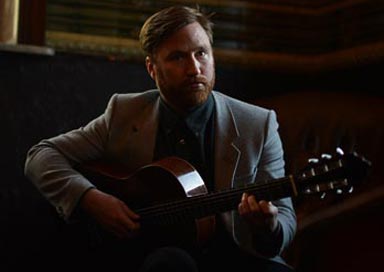 This artist got into music relatively late when at the age of 13 he discovered grunge, and decided he had to learn guitar. He got a cheap guitar and amp package for his birthday and set about filling the family home with the sound of distorted chords. which was to prove a very important decision for him.

When he moved school the next year, he thought he'd try 'proper' guitar lessons, where he met the most inspirational teacher in Peter Constable, his guitar tutor. The most important thing he instilled in him was a real love for music, which inspired him to practice furiously every day, and he quickly worked through the exam grades, achieving Grade 8 four years later.

He began giving lessons in their upstairs office, and built up a regular client base of pupils from a range of backgrounds and ages. He was sad to leave Music Plus, but university beckoned, and he moved to Liverpool in 1999.

He graduated in 2002 from the University of Liverpool with a BA in Music/Popular music, and for the next two years concentrated on playing in bands, teaching, and finding his first jobs playing classical guitar at small functions and weddings. When his band disbanded, he decided to concentrate more on building up his teaching and solo work, which eventually led to him studying for a PGCE in Secondary Music at Edge Hill University.

His experiences in studying, making and teaching music have formed him into the musician and educator today. While his main background is in classical guitar teaching and performance, his music making over the last ten years has included indie, rock, samba, electronica, country and bluegrass. he write, record and perform music all the time, and have developed his skills in music technology, which have in turn fed back into his teaching.

Medieval and Renaissance (up to around 1750)

“Hi Geoff, thanks for helping to sort the booking at such late notice. The recording session went really well and he did a brilliant job. He was both smartly presented and punctual, as well as very willing and able to take direction. The booking process was very smooth and your communication was great. Many thanks ”

“I'm so glad you have got in touch because we would love to tell you how pleased we were with the guitarist, his performance and the whole process. From initial enquiry, including our special requests, through to his performance on the day we cannot fault it. He was helpful, friendly, and very professional. We wished we could have spent more time enjoying his performance but it was a fairly hectic day! He has even emailed since the day wishing us all the best in our future and offering to do some further studio recordings for our videography if required. We could not fault him. He went over and above what we expected and we wouldn't hesitate to recommend him to anyone. He was an important part of what made our wedding day absolutely perfect. Many Thanks ”